Berzerk is an arcade game released in 1980 by Stern - one of the first games to dynamically generate mazes and have synthesized voices.

It's memorable for the fun of fooling the robots into destroying themselves and the competition to break the world record.

A game to remember or to discover.

This game is an unofficial port of the original arcade version for NES/Famicom console.

¹ an NES emulator is required

² to add more games to your NES mini go here .

³ make your own cartridge using donor carts or brand new boards; or just put the game into your Everdrive N8 or PowerPack

In order to download this game you must purchase it at or above the minimum price of $1.99 USD. You will get access to the following files:

Love it. Thank you very much for this.Ever think about doing a different game please do yars revenge

Edit: also tested on a 2DS XL through TwiLight Menu++. NES Mini rom boots but going to the second maze causes the game to be unplayable. Original NES rom will display a sort of debugging information screen on the bottom screen, rendering it unplayable. I'll test it on another emulator on the 2DS really soon and update my findings.

Would you do physical NEScarts with box and manual?

What a wonderful game I have acquired! I wish I had thought to wait until December - I would have bought it at half price. =)

Hi. I love this game. Lots of quarters went to this game back in the day. Works great on my NES. I want to know if this can be made to work on the imbNES v1.3.2 emulator running on a Pandora's Box 6 Playstation emulator?  Would love to use the arcade sticks in tandem 2 player mode. Thanks.

I don't know anything about this emulator. If the original version doesn't work, your best shot is try the NES Mini version. Thank you.

The NES Mini version works great in my Pandora's Box 6 running a PS1 emulator, which plays this game running an NES emulator on the emulated PS1.  Kinda like Inception...  Thanks.

almost perfect port but there are some probpems. Robots fire lasers instantly when they are spawned, unlike the arcade version where they didn't move or shoot for about 0.5 second so players can react to it.

Also the controls are not as good as the original especially when shooting. Unlike the arcade version you can't quickly move after releasing the fire button, and there's a small input lag when changing the direction to fire.

This port is awesome.. The Voices are nice and clear.. Great Job worth the 2 bucks...

Works great on the EverDrive N8.. No issues... Thanx again...

Super excited to play this.  Berserk for the Atari 2600 was one of my favorite games growing up.

I want to put this on a physical cart.  I'm planning on using a standard UNROM donor board and swapping in a 74HC08 for the existing chip.  Will this work?  Should the mirroring be vertical or horizontal?  Thanks!

Yes, that's the way. The mirroring is Horizontal.
For more info take a look here: http://forums.nesdev.com/viewtopic.php?f=28&t=18883 and here: https://wiki.nesdev.com/w/index.php/INES_Mapper_180.

Just a quick comment to say that the game is now working after the Dev mailed me a few times and got a fix out there for the Mini Classic. Game is a treat, well worth 2 bucks!

Installed on NES Classic and it throws error C7 which seems to mean it is incompatible with the default emulator on the classic. Now I don't mind losing 1.99 but its still annoying. Any fixes? Just following the guide you suggest does not work.

Sorry fot that. Can you tell me if the game  "Crazy Climber" also throws this error? Or if any game on this link or this one works? Depending on you answer I can try a fix for that.

Another option is to install this module: https://github.com/ClusterM/retroarch-clover , it's will run the game on another emulator and will probably  work.

Hey, thanks for the fast reply. OK I tried installing the Clover stuff and as far as I can tell that went in fine however it didn't fix Berzerk :( It got further and doesnt drop an error but it just stays on a grey screen and doesn't play the game. Tried both cores with retroarch. Will also reply via the email you sent.

I have uploaded an exclusive version of the game for the NES Mini. Thank you for your patience.

All works! Excellent port, feels like I am back in the arcade.

Hey there! I understand you're looking for a distributor for Berserk. If you're interested, please feel free to send me an email at kyle@megacatstudios.com and we'll get the ball rolling!

The NES Mini version still falls apart badly when you exit a room or die - it slows almost to a standstill. Are there any particular settings I should be using when uploading it to the device? 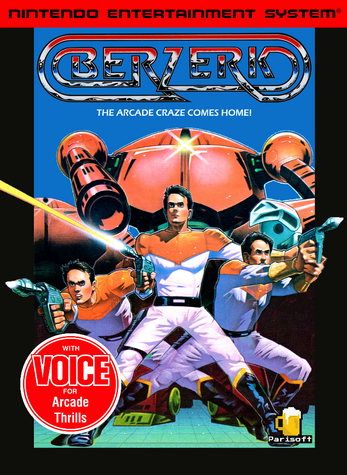 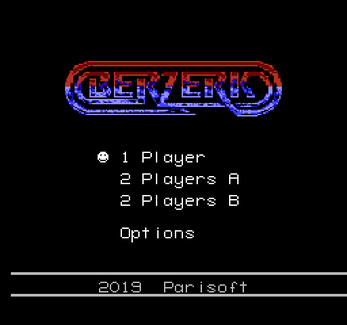 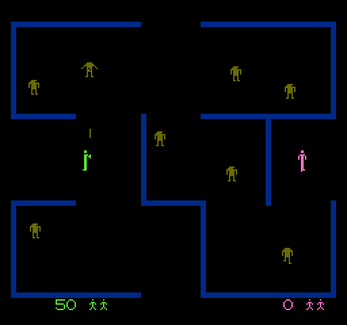 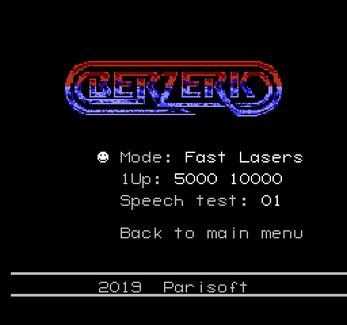 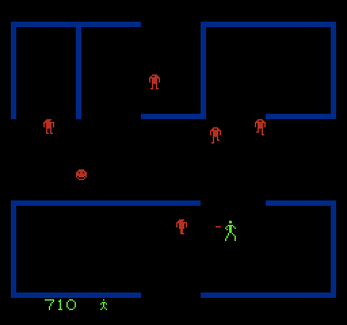